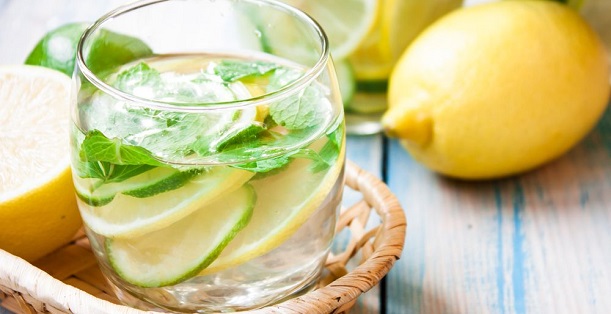 What is with that bloated belly? You’ve been good.  At least, you’ve been eating relatively healthfully.  Certainly nothing that would explain the amount of size you’ve suddenly gained.  Your clothes are tighter. The number on the scale has increased.  What’s going on?  Has your body just decided that it’s going to work against your weight management goals no matter what? Perhaps not!

What’s with the Bloated Belly?

Sometimes when it feels like you may have gained a few pounds, it isn’t fat that has packed on around your middle, but it is instead fluid that has built up between the cells, causing you to expand, look puffier and have a bloated belly.

This can be caused by a number of different things, such as bad digestion, sodium levels that are too high, or hormones. However, the good news about this unfortunate problem is that there are a few simple foods that can help you to bust the bloated belly and make sure that you never look heavier than you are.

The foods that help fight a bloated belly include the following:

This veggie has been used as a digestive aid for many years and has been recommended for encouraging bowel movements while controlling intestinal gas because its properties are known to help to decrease fluid retention. It is both detoxifying and hydrating, which are both factors that can help the tissues of the body to shed the excess fluids that they contain.

Many people think that they should stop drinking water when they are boated because they feel that their bodies are already holding onto enough fluids. In truth, the opposite is the case. Your body may be clinging to water because you’re not drinking enough of it, so it is rationing the amount that it is using and is storing it in case it is needed. Drinking water is one of the best ways to encourage your body to flush out the excess that it has been holding. For best results, drink it at room temperature.

Though most melons are highly beneficial to overall health, watermelon is one of the best when it comes to hydration and the reduction of bloating. It is made up of about 92 percent water and also contains a natural diuretic, while being an excellent source of potassium. This helps to make sure that you are both hydrated and that you don’t retain much of the fluids in your tissues.

This spice and herb have been used for hundreds – if not thousands – of years for treating various conditions from headaches and toothaches to heartburn and high blood pressure. They are also great for improving digestion which can help to prevent bloating from gas and from fluid retention.

One of the main contributors to bloating other than dehydration is eating too much sodium but inadequate fiber and potassium. These foods help to restore that balance so that your body will even out and stop the bloating that is being caused by this poor nutritional balance.

Avoid Foods that Cause a Bloated Belly

At the same time that you can add bloated belly fighting foods to your regular diet, it can also work in your favor to avoid certain foods that are notorious for leading to gas and water retention. The types of foods that can cause you to swell up even when you haven’t added any stored fat to your body can include the following:

Before you start questioning all the information you’re reading here, check out why beans and lentils are also on this list.  If your bloating is caused by constipation, or too little potassium and fiber in your diet, beans and lentils will help you to rapidly overcome those struggles and literally flush the culprits away.  On the other hand, if you’re already getting lots of fiber and potassium, adding more fiber may only worsen the problem.  Too much fiber can lead to gas, which can lead to swelling and a bloated belly.  Remember to eat these foods in moderation and you’ll be on the right track.

Speaking of gasses, carbonated drinks are filled with them. The bubbles are indeed gasses and not all of them exit your body right away when you drink them.  Any gasses from these drinks that become temporarily trapped in your digestive system can lead to a surprising amount of swelling. Switch to still beverages to prevent this from happening.

Cabbage, broccoli, cauliflower and other cruciferous vegetables are fantastic in terms of their nutrient and fiber content.  However, they can also cause your body to produce quite a bit of gas, which can become trapped and lead to a bloated belly.  Fortunately, in this case, it often passes within a day or so.

Some sodium is good for your health. In fact, it’s necessary for you to be alive. It’s an important electrolyte.  However, the average diet gets way too much every day.  Too much sodium is notorious for promoting water retention in the body’s tissues.  Reducing sodium to a recommended level and drinking enough water each day can help your body to balance out again and wash out belly bloat caused by retained fluids.