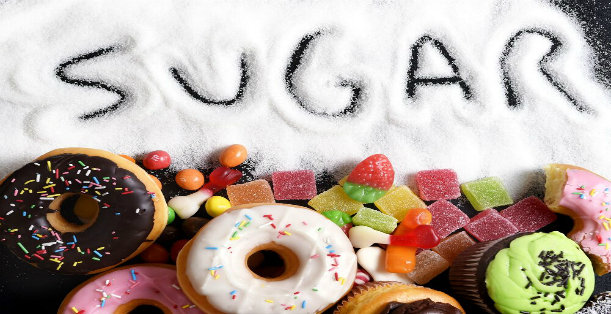 Radio personality Sean Anderson stopped eating refined sugar and lost 300 pounds as a result. The divorced father of two grown daughters and grandfather of four kids had been yo-yo dieting for much of his life, having reached 505 pounds at his heaviest.

Anderson was 36 years old when he decided it was time to do something about his weight, which had reached that top level of 505 pounds. His health was greatly suffering from his obesity. He had swollen legs, his blood pressure was spiking, and he struggled to breathe. Even with the sedentary job of radio personality, he was missing work for health reasons.

“If you leave this office and drop dead while walking across the parking lot to your vehicle, none of us would be the least bit surprised,” his doctor told him in June 2008 while describing what was happening to him as a result of his high blood pressure. That was the moment he decided to change. Unfortunately, the drive to keep it up lasted three days.

The problem was that Anderson coped with stress by eating refined sugar and lots of it. He ate emotionally. After a stressful day at work, he would eat half a gallon of ice cream… which he did on that third day.

September 15, 2008, Anderson launched a blog. This was how he kept himself accountable for his eating decisions. Every night, he used the blog as a journal to record his experiences and the way he felt.

He gave himself a 1,500-calorie budget that did not allow him to “borrow” from the next day. He has since said that he feels that budget was low and that he should have aimed for 1,900 calories per day, instead. At that time, he allowed himself to eat anything as long as he didn’t exceed his calories.

This taught him that by making better eating choices, his calories could go a lot further. He could enjoy his meals – and be satisfied by them – by skipping fast food and candy. Unfortunately, even with this, the weight returned. It wasn’t until May 14, 2015, that he recognized that refined sugar, the food to which he acknowledged an addiction.

He stopped eating refined sugar, treating it the same way he would treat an alcohol or drug addiction. The weight started coming off. The weight has stayed off because he has not “fallen off the wagon.