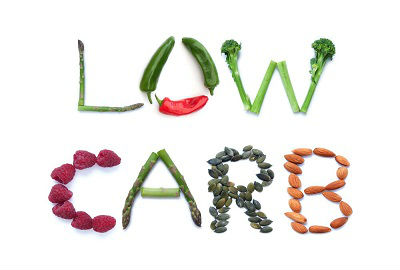 The low carb vs low fat debate has been ongoing for around two decades.  Though it had been in existence longer, it was the sudden explosive popularity of the Atkins diet that kicked it into high gear. After that point, the debate was on regarding which macronutrient should be slashed for best results.

The Low Carb vs Low Fat Debate Rages On

The low carb vs low fat debate has taken many forms.  Some have been anecdotal. Others have looked to science. Even celebrities have tried to weigh in – so to speak.  That said, as a growing number of diets embracing each style have come along, it has become harder to know which is right.

After all, it feels like new diets are popping up all the time. Even if it feels like we know the answer to low carb vs low fat at the moment, it can take only a few weeks to change our minds. A new successful weight loss program can come along and make the grass on the other side of the fence look greener.

Over the past several years there have been several weight loss plans that promise to help you shed excess pounds and keep them off. Many of these diet plans fall into one of two categories; low carb or low fat and most people don’t know the differences between the two. Low fat diets were more popular for several decades before low carb diets became increasingly trendy.

These two diets are polar opposite of one another. Low fat diets tend to be high in carbohydrates, while low carb diets are high in fat. Literature containing empirical research has set out to determine which of these plans are most effective and studies have found that participants on a low carb diet were able to lose more weight in the initial few months but over time, both dieting methods yielded parallel results.

There are several types of low carb diets including the Atkins, South Beach, Medifast, Dukan and Paleo diet plans. When the restriction is of carbohydrates that would generally be used as energy, it forces your body to burn stored fat as energy instead.

People utilizing low carb diets are encouraged to eat foods high in both protein and fat while staying away from foods that contain carbohydrates and starches. It is also recommended that participants eat several smaller meals throughout the day to help suppress their appetites.

Foods that are high on a low carb diet plan include:

Foods that should be avoided include potatoes, corn, carrots, grains, sweets and alcohol.

There are also several types of low fat diets that include Macrobiotic, TLC and the Ornish diet plans. People who are on low fat diets eat foods that limit the intake of fats (like the fat found in from oily fish, nuts and fruits) and saturated fats (found on meat and in butter).

Low fat foods have been considered a heart healthy diet. Unlike the low carb diet, on the low fat diet people can eat larger meals as long as they don’t contain increased levels of fat.

Foods that are high on a low fat diet plan include:

Foods that should be avoided include, fried foods, cakes and pastries and most snack foods.

Low Carb or Low Fat? Which Should You Choose?

If you are planning to go on a diet be sure to consult with your physician to see whether a low fat or a low carb diet is best for you. Physicians will most likely suggest a more balanced diet since neither low carb nor low fat diets are recommended as a long term diet plan.

Also, be sure to add exercise to your daily routine. Studies have shown that any diet plan produces better results with increased exercise.

That said, when all is said and done, the winner in the low carb vs low fat battle depends on you.  Which diet are you more likely to stick to over time? The reason is that if you can keep it up over the long term, then that’s the one most likely to help you lose weight and keep it off.  If you can’t keep it going, then your results won’t last either.

Looking for more helpful diet tips to get your weight loss off the ground? Check out this article: Dieting Tricks that Work for Everyone